The Newton Police is dedicated to working with citizens to make their neighborhoods the safest places to live. In order to accomplish this, the Newton Police Department has developed the Cops and Neighborhoods United program. This program works to develop relationships between our police officers and the citizens that we serve. Using a grid system already used by the police department to track crime rates and traffic issues, officers have been assigned to each area of Newton. This will allow our citizens to have one or two officers that they can contact, get to know and work to resolve issues in their neighborhood.

The City of Newton has been broken down into 6 zones and at least 2 officers are assigned to each zone, as shown in the image below. If a citizen notices an issue in their neighborhood, they are encouraged to contact their assigned officers to work to resolve those issues through a cooperative effort. 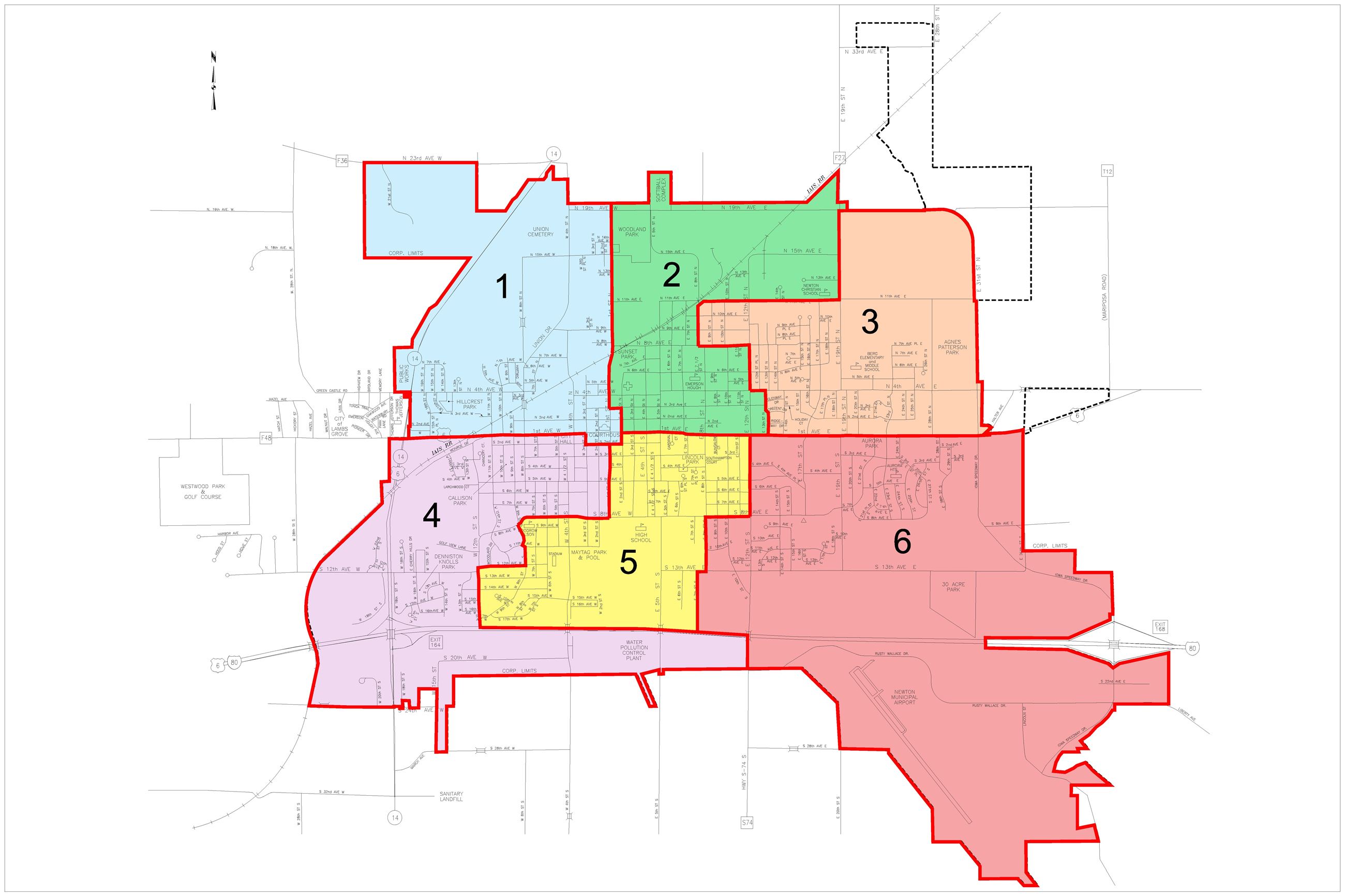 As this program expands the Newton Police Department plans to hold meetings for each zone to provide crime and traffic statistics for that zone, to educate citizens on the problems specific to their areas, and to answer questions.

It should be noted that this program is not where emergency calls or calls that require a prompt response should be reported. For an emergency call 911. For calls requiring immediate assistance call 641-792-1547. It is possible that your Zone Officer is not working and may not be able to respond promptly.