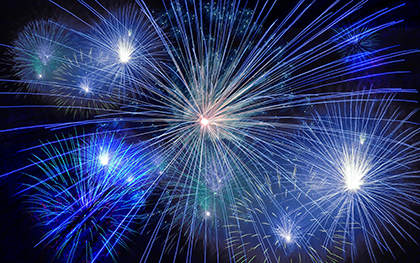 Citizens within Newton city limits may discharge fireworks on:

Other requirements for firework use in city limits include:

You are liable for all fireworks in your possession and those discharged by you, your family and on your property. You may be subject to a civil penalty of up to $400 if found in violation of City Code.

A responsible party includes, but is not limited to:

View Chapter 135 of the Newton, Iowa Code of Ordinances here.

Newton City Council voted in 2017 to limit the usage and sale of fireworks. Those interested in selling fireworks will need to start the permitting process with Planning & Zoning. They can be contacted at (641) 792-6622.

Consumer fireworks sales shall only be conducted in accordance with dates and times designated by Iowa Code Section 727.2.

All consumer fireworks sales will need to conform to all applicable Building, Site Plan and Zoning Ordinances of the City of Newton.

View Chapter 135 of the Newton, Iowa Code of Ordinances here.